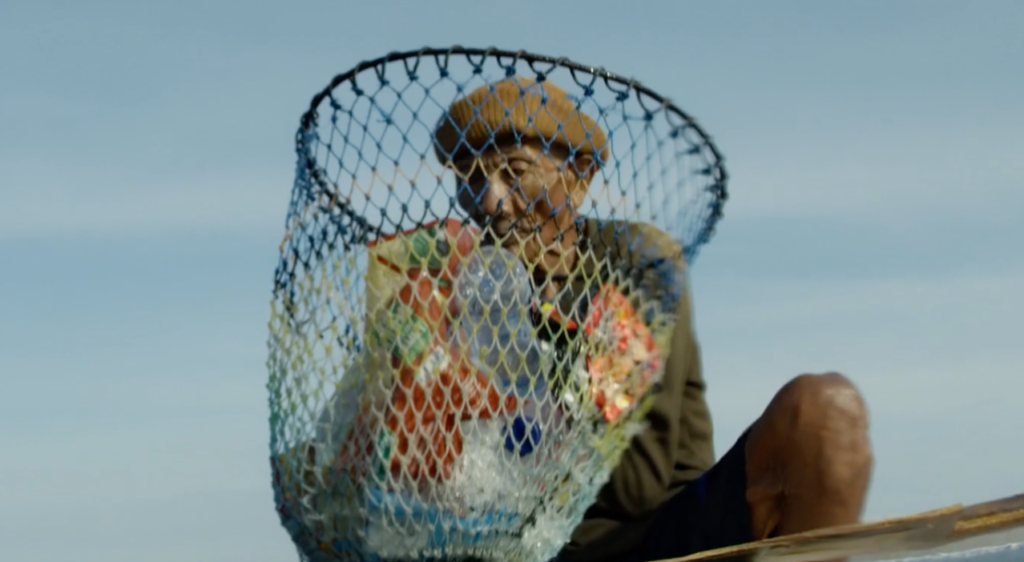 Loving and respecting the environment does not merely mean taking care of it, but also raising awareness among other people to make them do the same. We will never stop saying how important the contribution of us all can be.

That is why we decided to collect six plastic recycling and collecting awareness-raising initiatives that have been precisely created to stir consciences and propagate the importance of using – and above all – disposing plastic waste more consciously.

That is an example for all of us, as well as a precious proof that raising awareness and informing is essential so that everybody can do their own part – responsibly. Let us remember that only all together – believing it and carrying on with our small but big environmentally-conscious daily actions – can truly make a difference.

“The best lesson is a good example”.

That is Luca Palla’s motto. He launched a campaign for the environment by paddling for 23 whole hours on a board from Corsica to Viareggio, collecting plastic waste from the sea along the way.

Luca – summer camp coordinator, lifeguard, surf instructor and personal trainer – started this laborious and important awareness raising process with the intention of accustoming more and more people, mainly children and teens, to respect the environment by organising beach cleanup days. His initiative generated many other similar projects encouraging waste collection in order to both set a good example and give a real contribution to protecting the environment.

This action might seem little at first glance, but with the will and contribution of everyone can become very big.

A little girl protecting the Ocean

Although Nina Gomes is only 4 years old, she is cleaning up the ocean and Rio de Janeiro’s beaches from waste together with her dad.

Guanabara’s bay in Rio is, indeed, a stunning setting that is, however, literally ‘suffocated’ by abandoned plastic waste – mostly bottles, glasses and straws. Despite being very young, Nina is already extremely sensitive. Together with her dad, a marine biologist that calls her a “lil’ Ocean protector”, she is collecting waste on a paddle board in order to raise awareness about respecting the sea. Nina was also named as the youngest “green agent” by Brazil’s municipal cleaning service company.

A sail boat cleaning up water! It’s called  Manta, and is precisely the first catamaran that can collect, treat and recover a great deal of plastic waste from the sea and river mouths. Developed two years ago by skipper and winner Yvan Bourgnon, this catamaran is 56 meters long. This boat is fuelled with its own energy (50-75%), which comes from this plastic waste.

Manta will be launched in 2024. The ambitious goal is to remove 10,000 tons of waste from water every year while travelling to spread the importance of collecting and recycling plastic waste.

A plastic fisherman protecting the sea

A 90-year-old Bali fisherman is protecting the sea by fishing plastic waste out of the ocean. This is his purpose in life now.

His extraordinary achievement turned into the Voice above Water documentary, which tells  about his transformation from ‘fish fisherman’ into ‘plastic fisherman’. In this case too, the important aim is to raise awareness among as many people as possible about the importance of environmental responsibility. It is estimated that Wayan Nyo, because of his work, collected over 62,400 plastic waste pieces, becoming a great source of inspiration.

Raising awareness among citizens and producers

A bubble barrier sucking up plastic from channels, so it doesn’t end up in the sea. The Great Bubble Barrier – that’s the name of the innovative solution developed by a Dutch start-up in Amsterdam’s Westerdok. This project allows the city to collect 42,000 kg of plastic from its channels every year.

The second-largest country in the world is also the country where there is an impressive amount of abandoned plastic waste.

No wonder, then, that the Indian Prime Minister himself, Narendra Modi, decided to get into the act in 2019 and collect plastic together with some workers with the intention of giving a good example to his country.

Single-use plastic will be banned in India by 2022. That is Narendra Modi’s goal, the Indian Prime Minister. He met 25 waste collection workers under a government program for environmental awareness these last few days.

If all consumers, instead of contributing to polluting seas, oceans, and the environment, disposed plastic properly so that it could be effectively recycled, then a great change would be made.